Bash on Windows! What a time to be alive!

Lately my day job has consisted of reverting back to Windows 7, repairing drivers after Windows 10 updated, or running a command that haunts my dreams “dism /Online /Cleanup-Image /RestoreHealth”. Early adopters were plagued by faulty drivers and even worse updates so I was extremely hesitant to install it on my personal machines. After reading about the Bash on Ubuntu on Windows I not only updated to Windows 10, I also  made a Microsoft account and connected it to my OS. There are numerous reasons privacy wise why you wouldn’t exactly want to do that but hey what’s really private these days.

The only issue I encountered during the upgrade was a corrupt profile. You can tell if you have a corrupt profile because your desktop will be void of your normal icons. If you open C:\Users, you’ll also see a .TEMP folder. Here is the Microsoft page for fixing that, which also applies to Windows 7, 8, 8.1

I decided to sign up for the Windows Insider Program and got myself on the “Fast Ring” which simply delivers early releases of features for Windows 10 with the expectation that you’ll provide feedback to improve the OS. This program also gives you access to.. you guessed it the Linux Subsystem. I have done limited testing on it and a lot of features appear to be working out of the box. Python, PHP, Node.js all worked without fault from my testing. I know Apache and SSH have weird network access where only a local loopback is available for Apache and SSH to use. It’s a beta program, so we can only hope for improvement!

Below is a guide on how to enable developer mode, link your Microsoft account to Windows Insider, and ensure you will receive the latest release.

Start off by opening Settings under the start menu of Windows 10. You will find Update & Security, click on that icon.

Once you are in the Update & Security section of the Settings window, click on “For Developers” from the left-hand menu.

Under the “For Developers” menu, ensure that you have Developer Mode enabled. This will allow you to register with the Windows Insider program

Once you have enabled developer mode, you will be able to select “Windows Insider Program” from the left hand menu, sign in to your Microsoft Account (if you haven’t done so already). To force the latest features as soon as possible, choose the “Fast Ring”

After you have received the latest build of Windows 10 Insider, head to the Windows Features list and enable “Windows Subsystem for Linux (Beta)”

Executing the command bash from a CMD window will produce a native Ubuntu based command line interface. Play around with it to see what it’s capable of, but remember it’s a beta!

And so it begins… 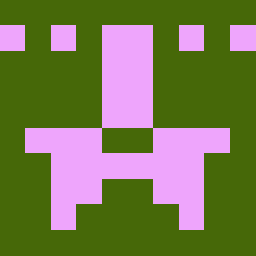